Christina was introduced to yoga in the early 90’s as a teenager and continued to do yoga throughout college and beyond until in 2003 she began Five Elements School of Yoga’s yoga teacher training to further her own practice. During the 8-month training, she fell in love with teaching. She has taught at multiple studios throughout the Southeast and West Coast, has been a member of Yoga Alliance since 2006, attended the first Symposium of Yoga Therapy and Research sponsored by the International Association of Yoga Therapists in LA, and has taken many continuing education workshops.

As a young adult, I experienced the devastating effects of Epstein Barr and encephalitis. My immunity was shot. I could never seem to get my head above water, with one cough, cold or infection after another.  During this time everything took energy.  I felt like I tried so hard to do everything because that’s just what it took to do anything. Not only had I been amazingly ill, but the whole of the brain and all of the abilities for reading, writing, math, calculating, formularizing had to be re-learned.

Different care providers told me that “I would just have to live with the devastation in my system”. So, I understand what chronic illness and pain can cause in the body and the fight to find health. 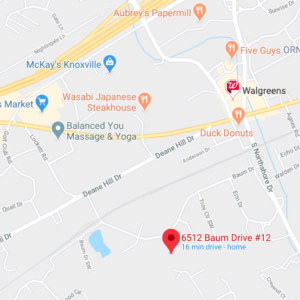 About Balanced You Clinic